skip to main | skip to sidebar

This is My Beer Quest.

Posted by Norm Hayes at 1:50 PM No comments:

On september 29th 1995 I was packing my 1980 Ford Granada with every thing I could fit in it. I was moving to Burbank CA and hopefully get a job in Hollywood. My friend Brent had moved in July and was working as A tour guide at Paramount Studios. There was a room available in the house he was renting. I had a sold some comics and records and after first months rent and gas I had 65 dollars. I never liked the idea of credit cards so I didn't have one. I still don't like the idea but eventually got one. The next few months I was the broke worked as an audience member an extra just getting by scraping and borrowing for at lest 6 months. I never gave up and now this is my home. 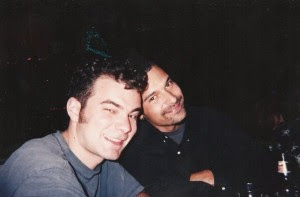